Web Exclusive: The Erie Reader Has Been Scalisized 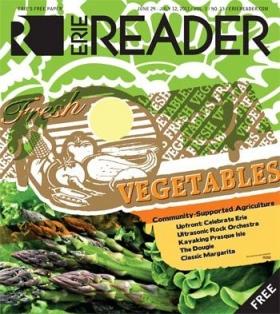 Todd Scalise works in many different media; a classically-trained painter, his talents translate well to everything from sharpie markers to graphic design software -- so much so that you may have seen a lot of his work without acutally knowing it... on our cover.

That's right, during 2011, 2012, and now 2013, Scalise produced a string of impressive cover images for this very publication.

Like his Stairway Annex project at the Erie Art Museum, this retrospective of 16 Scalisized Erie Reader covers will take you on a trip from the past right on up through the present, including the cover of our current issue. You'll quickly note traces of the style he used in the Stairway Annex Project as well as in his award-winning giant pom-pom piece in this year's Erie Art Museum Spring Show, but in the end, these images are fresh and unique with a voice that is all their own but still certainly says "Scalise." 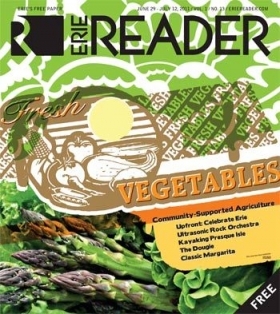 Scalise's first cover with the Reader, June 29, 2011, features a You Ought to Know by Rebecca Styn on Michael Fuhrman, who is now the project manager for Destionation Erie: A Regional Vision. 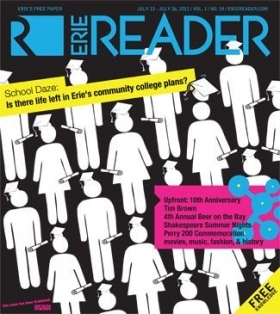 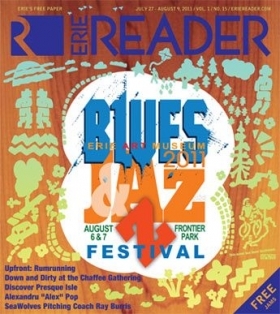 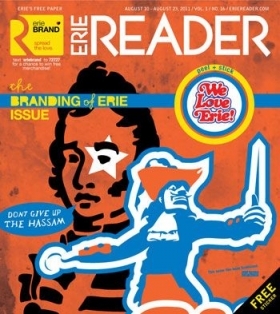 Erie Reader Managing Editor Ben Speggen doesn't always write feature stories, but when he does, they're Scalisized and have Oliver Hazard Perry on the cover, like this one from August 10, 2011. 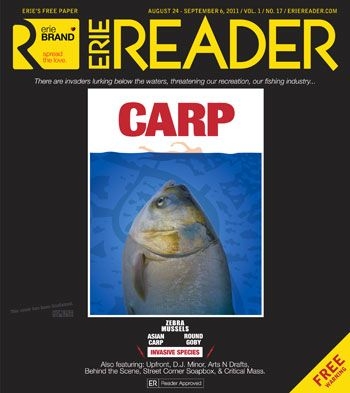 Scalise's August 24, 2011 cover for a story about the ecological invasion of Asian carp may seem to be a bit of a departure from his style, but it's not - look closely. 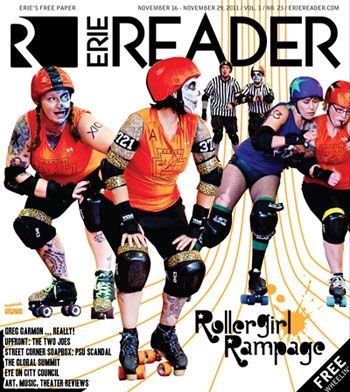 Jay Stevens' excellent November 16, 2011 story about the Eerie Roller Girls got the Scalise treatment as well, and quickly became a fan favorite amongst Reader readers. 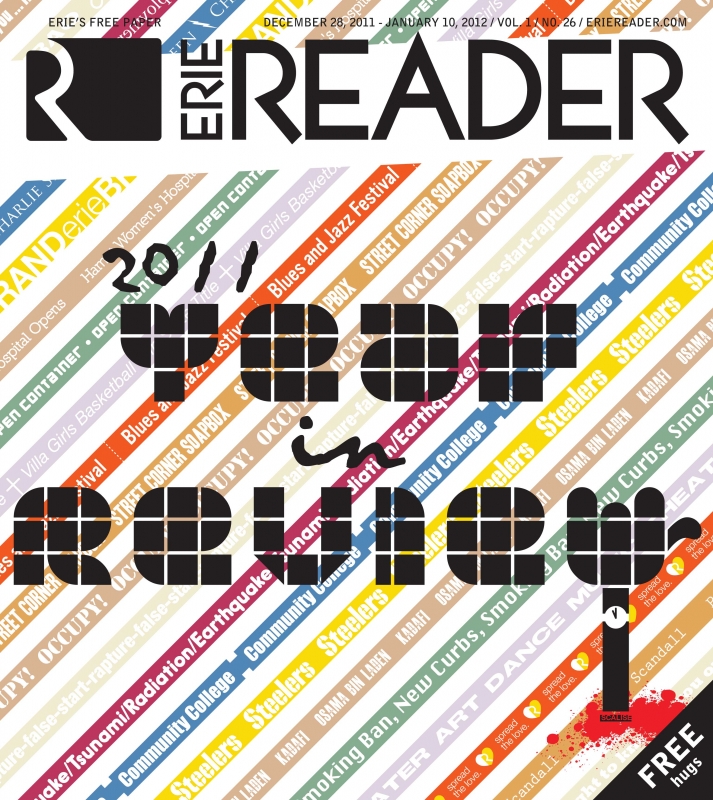 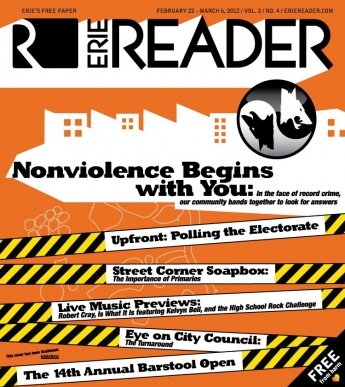 Which wolf wins? The one you feed, that's who. That's why nonviolence begins with you, at least as of February 22, 2012. 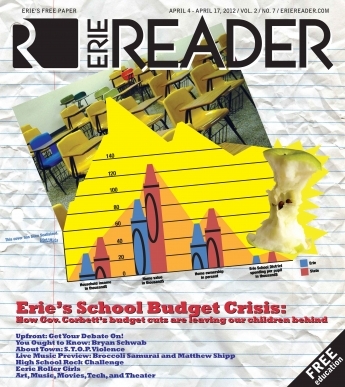 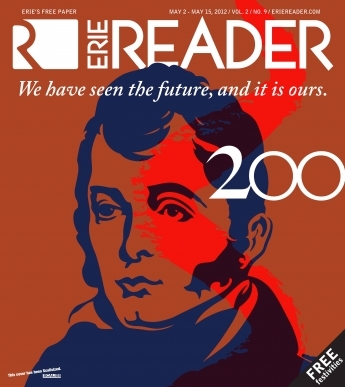 Erie Reader Managing Editor Ben Speggen doesn't always write feature stories, but when he does, they're Scalisized and have Oliver Hazard Perry on the cover, like this one from May 2, 2012. 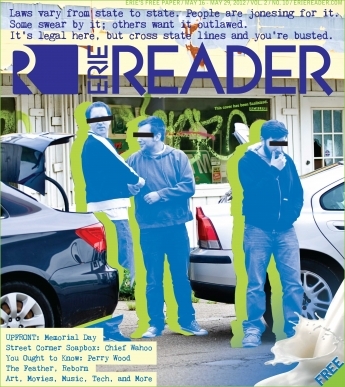 Something shady's going on here - some sort of illicit transaction for illegal commodities...it's...it's...raw milk! This cover from May 16, 2012, features a photo by Heather Prather that was then Scalisized. 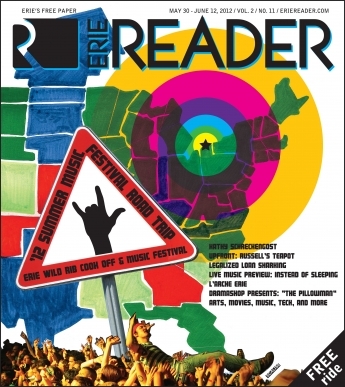 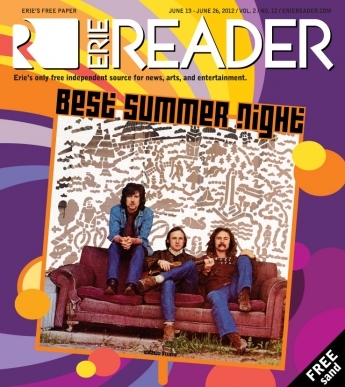 This was indeed the best night of the summer for those who got to see Erie's own wooden boy made real at Best Summer Night, a concert featuring legendary folk rockers Crosby, Stills, and Nash on Presque Isle's Beach 11. Scalise's cover from June 13, 2012 sums it up perfectly. 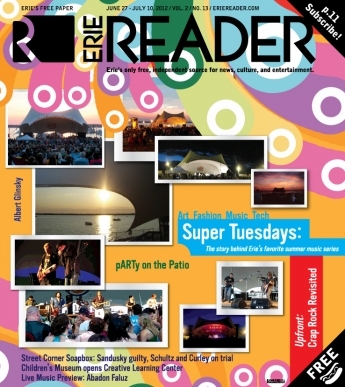 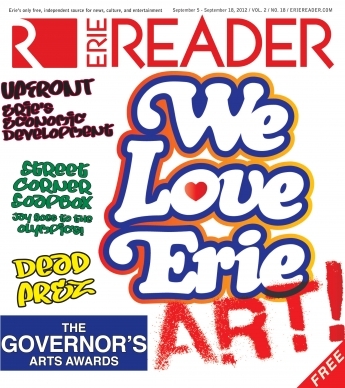 Scalise designed the "We Love Erie Art" logo for the Governor's Arts Awards , which graced our September 5, 2012 cover. 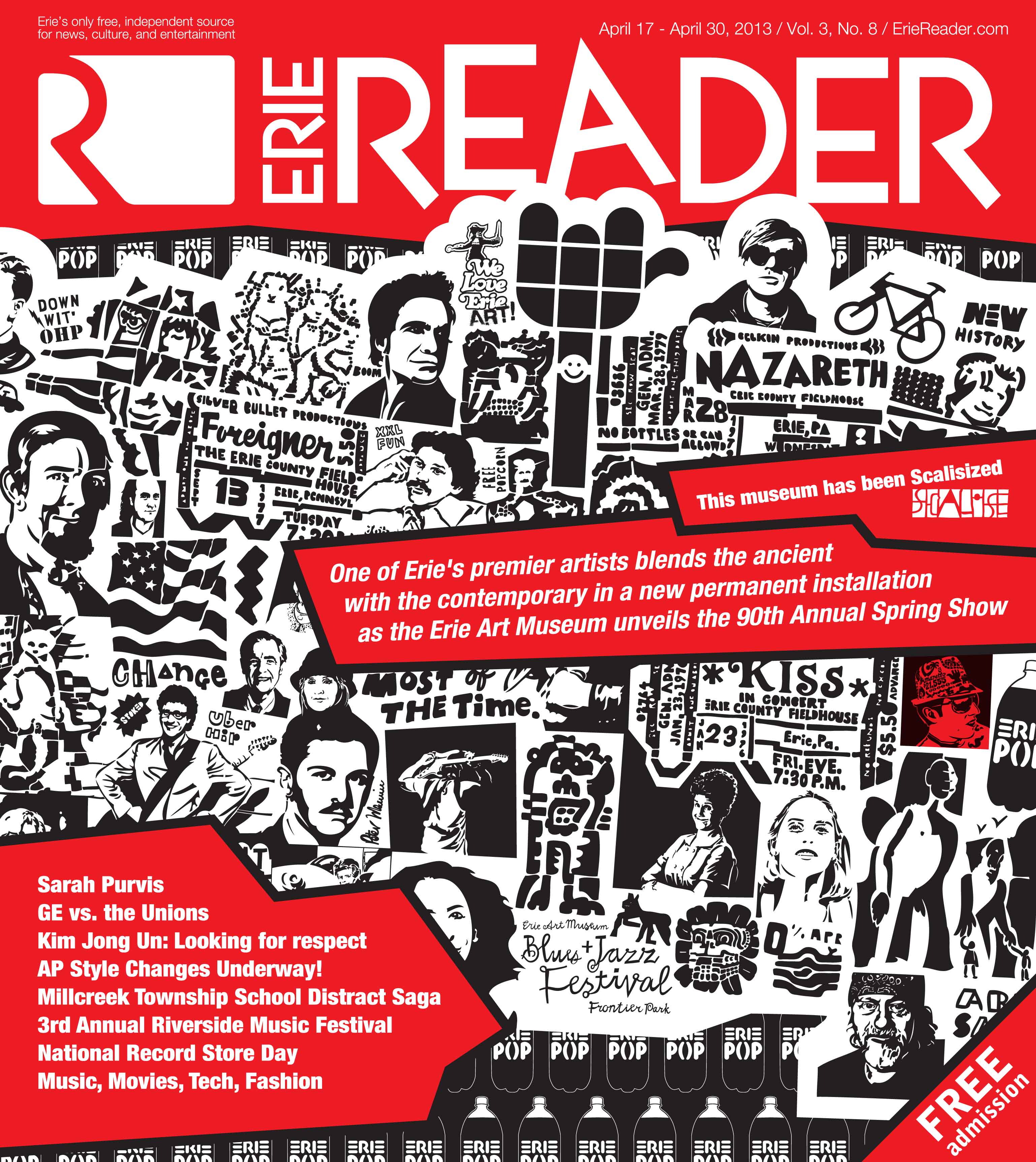 Last but not least, the cover of our current issue - Vol. 3, No. 8, from April 17, 2012 - is the Scalise cover, showcasing his Stairway Annex Project at the Erie Art Museum.