You Ought to Know: Dan Walker

From carpenter to chiropractor, Dan Walker is someone you ought to know.

by Alex Bieler
View ProfileFacebookTwitterInstagramGoogle+RSS Feed
August 21, 2013 at 8:23 AM 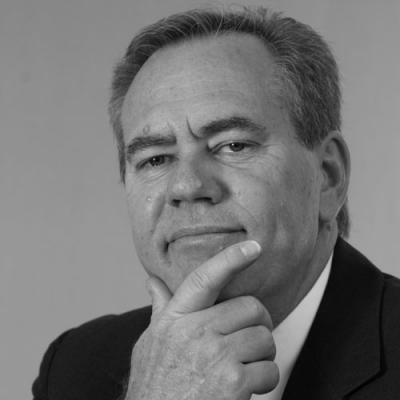 Some people prefer to take a hands-off approach in life, allowing things to happen without any intervention. Dr. Dan Walker is not one of those people. In fact, he's about as hands-on as you can get.

You see, Dan runs Erie's Reviving Bodywork Studio, located on the corner of 38th and Washington streets, where he uses his golden mitts as a licensed chiropractor, applied kinesiologist, and massage therapist to ease the pains of patrons. Dan opened up the studio just a few months ago after spending a couple of years at Professional Massage Therapy and Reflexology, deciding it was time to go out on his own in Erie and help show the community what a kinesiologist can do.

"It's a fancy word for someone that works with the bones and the muscles," Dan explains, an older gentleman decked out in his standard work uniform of a black polo and pants, meeting me for lunch between sessions. "I go through and do major muscle testing of the body to find out which muscles are not working, which are not balanced, and then I go and balance them out. I basically talk to the body."

Appropriately, the man's hands are used for talking to more than just muscles. Phalanges float in front of the doctor, dexterously shifting in air to help emphasize particular points. He exposes his palm while pointing down to a sheet he prepared to help explain muscle testing to newcomers like myself.

Hearing – and watching – Dan speak, it's easy to see that he's has been working with his hands his whole life. However, it does come as a bit of a surprise that he didn't get into applied kinesiology until the '90s.

"I didn't graduate [from Parker University Chiropractic College in Dallas] until I was 50 years old," Dan says. "I was the oldest at school."

Decades before deciding to head down to Texas to become a doctor, Dan was still working with his well-practiced paws. Originally a Boston boy, he came to Erie as part of the New Younger Band in the '70s. He ended up staying in The Flagship City and continued to play music while picking up some hands-on trades.

"I was a carpenter around here for a while," Dan says, thinking back to his previous careers. "I was also a hairdresser. I owned a shop in Lawrence Park for 10 years – His and Her Hair Fashions by Dan."

After decades of dealing with two-by-fours and follicles, Dan was inspired by his father-in-law, an applied kinesiologist, to try and pick up the trade. Soon, he uprooted himself to instead work with muscles and bones and became the oldest student in his class at Parker.

"It was the hardest thing I've ever done," Dan says, his hands resting in front of him on the U Pick 6 Tap House table that separates us. "I didn't really think of the age, I was just thanking the good Lord that I was getting done. It was 24/7, just balls-to-the-wall trying to get everything put together and done and get out of your classes and all that. It was a constant struggle, but now I get to help people get well."

After graduating, Dan spent some time practicing in Utah while he waited for his background checks to clear so that he could be allowed to work in California. After he went through the lengthy process, he settled down in Southern California, living in San Diego for close to 15 years. There he joined some of the best doctors in the world, practicing their new, innovative techniques on a Hollywood crowd that strived to stay happy, healthy, and beautiful.

Still, after over a decade on the West Coast, Dan started to become bored of San Diego and its typical 72-degree weather. He knew his time was up in the Golden State after his daughter appealed for him to return.

"She said, 'Dad, I'd really like to have children, and I'd like them to know their grandfather,'" he says, rotating his right wrist, exposing his palm to the ceiling. "It took me about six months to collect everything, so I got here about 2010."

Three years in, it's like he never really left, sans the kinesiology and massage training and new business. He's even performing with a band again, playing bass with The 4 Jays after founding member Dave Dennison invited him to join the smooth crooners.

While performing for the community is nice, Dan still knows that there's more he can do for Erie with the skills he learned down in Dallas. In fact, he's already planning on reaching out to local high schools and universities to offer up his expertise.

Dan's been helping athletes out ever since he started practicing kinesiology, working on massive football players with NFL talent and keeping them in peak playing performance and smallish teens that just want to play, despite their injuries. He can see the results after he's worked with them, and other patients, and he plans to keep on doing so for a while.

"The legacy I want to leave is that I helped people, that I helped them get well and made a difference in their lives," Dan says, as he leans forward, thinking of the future aches and pains he plans to alleviate and the faces that accompany them.

Dr. Dan has had many callings throughout his life, but he seems to have settled right in to applied kinesiology and massage. And now that he's back in Erie, he plans on having a hand in the future of this community.