Why Jay Breneman is the leader worthy of this moment 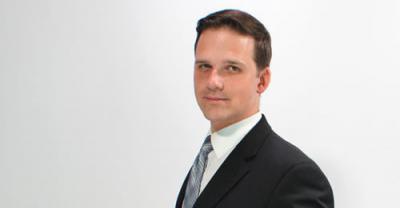 Our city is at a crossroads.

That statement is neither hyperbole, nor is it generic election speak. It is the truth, and even though it may sound like a cliche, it's exactly where we find ourselves in 2017. We are, right now, living through a critical moment in our city's history, and who we elect as our next mayor will play a vital role in determining the course we take next.

With the outgoing administration doing little more than managing our decline over the past decade, we are faced with a plethora of issues (crumbling public schools, the lack of a community college, urban flight, the loss of most of our manufacturing jobs, and a deteriorating urban core just to name a few) that must be addressed quickly and thoughtfully.

Will we sit idly by and settle for a continuation of the same brand of conservative policies, and outdated, out-of-sight management we've grown accustomed to these past 12 years?

Or will we collectively find it within ourselves to once again be bold, and elect a leader capable of making the decisions and forging the partnerships necessary to truly revitalize our city?

A leader worthy of this moment.

Our choice for that leader is Jay Breneman.

The Erie Reader editorial board, as comprised of its two editors in chief and managing editor, interviewed all of the mayoral candidates except one, Bob Merski, who did not make himself available for a sit down. With the exception of Merski, we were generally quite impressed with the candidates we did have the pleasure of spending time with, and agree with former mayor Rick Filippi's assessment in his March 29 column that "it is one of the strongest fields in an open race in a lifetime."

The level of passion, energy, and knowledge several of these candidates displayed was at times palpable. These are individuals whose love for Erie is unquestioned, and whose valuable experience in our community we hope will be relied upon in meaningful ways by whomever is eventually sworn in as our next mayor.

Several candidates impressed us with their ideas of how best to revitalize Erie, but it is Breneman who we feel has the vision, the drive, and the fortitude to guide our city at this pivotal time. The one who we feel is best prepared to run the marathon we have in front of us.

We first heard of Jay when he was just an intern, already making a name for himself at the Erie Area Council of Governments, and were surprised when this "Mercyhurst University social worker" unseated popular two-term incumbent Erie County Councilman Ronald "Whitey" Cleaver in the 2013 municipal primary election to represent Erie's 4th District. But it's the story of how he made it to Erie in the first place that's so inspiring. A story we chronicled in August of 2013.

Jay grew up very poor, one of seven children, in western Montana. He worked hard for his family as "the rugged and self-reliant attitude of the people who call that rocky region home rubbed off on a young Jay Breneman, and he eagerly displayed a willingness to get his hands dirty for the greater good from a very young age."

Those qualities were put on full display after September 11, 2001. Breneman had already left Montana for work in Ohio when he witnessed the events of 9/11. "I was 18, and it had a huge impact on me. I felt like I had to do something."

Fast-forward a year and he was shipping off to basic training. Fast-forward another six years of active duty in the Army and he was being honorably discharged as a staff sergeant after two tours in Iraq, an experience that profoundly shaped his worldview. It was also at this time that Jay met his future wife, and found himself eventually bound for Erie. "My wife Jamie [Stubenhofer] and her family are strongly rooted here, and I fell in love with the Erie area."

By the time Breneman made it onto Erie's 40 Under 40 in 2014, he had earned himself a Bachelor of Arts in Social Work from Mercyhurst University and a Master of Science in Social Administration from Case Western Reserve University, had won that seat on County Council, and accepted a position at Edinboro University as a licensed social worker and coordinator of the Veterans Success Center.

Since then he has continued to work tirelessly for our community, while becoming a driving force on County Council. He currently serves as chairman of County Council, and works as the director of outreach and governmental relations for LIFE-NWPA, a program focused on helping local senior citizens receive the health care they need while maintaining their independence. This in addition to his continued work with local veterans' groups, and the many other volunteer roles he has occupied over the years.

"People don't relocate or travel to Allentown or Lancaster (more comparative communities) because those cities remind them of the Big Apple, B'more, Philly, or D.C.," Breneman wrote in 2014, "they go there because they have a chance to carve out something new in a place that supports their hope, and facilitates their energy and effort.

"That is the foundation to the American experience."

Erie's problems are not unique, and the lessons of how once-thriving industrial economies were forced to reinvent themselves are all around us. As a city we are a decade or more behind the curve, and what we need now is someone dynamic and energized with the passion to change our city for the better. The fact that Breneman comes from outside Erie, that he brings with him new insight and optimism, is far from a detriment. In fact, it occurs to us that this could be one of his most important attributes for the job ahead.

In that same March column, Filippi also correctly points out that "The next mayor needs to lead, not only the city of Erie, but its related entities, as well as all of Erie County and northwestern Pennsylvania. Without a real representative in Congress, and with the local legislative districts gerrymandered beyond reason, the mayor of Erie must be looked upon as that individual with the driving vision to move us forward. The mayor must be able to assume a leadership role that might not necessarily be within his or her technical "job description," but rather one of far more extensive and meaningful import."

Our next mayor must be a vocal and visible champion for our city, willing and able to take our message and tell our story far beyond the borders of Erie County. Being articulate, intelligent, and gracious in the public eye as well as on a person-to-person basis is a key component of this equation. While other candidates meet that criteria, we believe Mr. Breneman is the best person for the job.

This is a point that we feel cannot be overstated. Our next mayor must be a vocal and visible champion for our city, willing and able to take our message and tell our story far beyond the borders of Erie County. Being articulate, intelligent, and gracious in the public eye as well as on a person-to-person basis is a key component of this equation. While other candidates meet that criteria, we believe Breneman is the best person for the job.

"What stands to be our city's greatest challenge," he wrote in an August 2016 op-ed, "can also be the greatest opportunity in building up our next generation, and a chance to redefine Erie as a community of choice because of our people and our unwavering commitment to revitalization that puts them front and center."

We believe the level of Jay's commitment to himself, his family, and our community as a whole makes him the best choice to be our next mayor. A choice worthy of the moment we're living in.

As the old saying goes: "Fortune favors the bold."

To that, Jay Breneman answers: "We can build big, so long as we drill down. We can save a community, as soon as we go beyond the business-as-usual."