The muddy terrain of equality 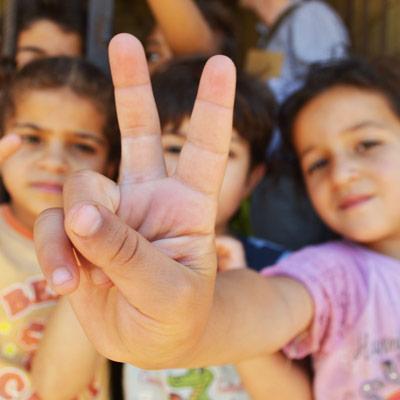 Annie Dillard's writing is a hammer to the heart. Here is reality! she seems to be fist-pounding from the page. It's not always pretty, but have the courage to look, anyway!

A new collection of her writing titled The Abundance drives this point home handily, as Dillard mind-wanders among the gleams of the physical and metaphysical worlds, blurring their lines – and deftly verbalizing everyday transcendence in this riveting, rapturous life.

But Dillard is never too smitten to stop hawk-eyeing our hypocrisies; or to let us fumbling humans off the hook.

In her essay, "This is the Life," Dillard voices our struggle with genuinely embracing equality.

"Our lives and our deaths surely count equally," writes Annie Dillard, "or we must abandon one-man-one-vote, dismantle democracy, and assign seven billion people an importance-of-life ranking from one to seven billion."

"However many more people come, your time and its passions, you yourself and your passions weigh but equally in the balance with those of any dead who pulled waterwheel poles by the Nile or Yellow Rivers, or painted their foreheads black, or starved in the wilderness, or wasted from disease, then or now," she writes. "Our lives and our deaths surely count equally, or we must abandon one-man-one-vote, dismantle democracy, and assign seven billion people an importance-of-life ranking from one to seven billion."

I was working my way through Dillard when the attack in Nice occurred, killing 84 people and wounding scores more (both physically and metaphysically).

The news weighed heavily. Again. From leaders and newscasters came divergent degrees of the same bafflement, suspicions, and subtle (or not) righteousness. Likewise, from many, the same undercurrent of revenge – also with varying nuance, depending on the intended audience.

Several days later, on July 20, FAIR.org (Fairness & Accuracy in Reporting) published a piece by analyst Adam Johnson with the gripping title, "U.S.-Led Airstrikes Kill as Many Civilians as Nice Attack – but Get No Front-page Headlines in Major U.S. Papers."

Since this attack, the actual number killed is still unknown, with numbers ranging from 14 to 200. Such inconclusiveness is telling, itself.

Johnson addresses those who'd argue that such deaths are somehow justifiable. "For those who see a 'false equivalency,' there are two mitigating reasons for this glaring discrepancy: 1) The airstrike deaths were an 'accident' and 2) Syria's a war zone, where civilian deaths are to be expected."

But, he explains, "Neither of these retorts is satisfactory, and certainly not enough to justify a virtual front-page blackout," adding, "On the issue of accidental deaths having less import than purposeful ones, this doesn't explain why unintentional natural disaster deaths routinely receive splashing front-page coverage."

And this is only one example.

Regardless of how these Syria numbers settle, Johnson's point is worth exploring for what it reveals about a deeply challenging aspect of human behavior we harbor, even as we struggle sincerely for equality in our country and locally.

Naturally, our own lives and those we love take center stage in our consciousness.

But as we learn about the struggles of those around us, can we work to avoid, as Dillard would have it, assigning an importance-of-life ranking – at least in our own backyards?