by Alex Bieler
View ProfileFacebookTwitterInstagramGoogle+RSS Feed
July 16, 2012 at 10:05 AM 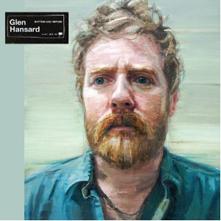 Given that Glen Hansard has been making music for over two decades, it may come as a surprise that "Rhythm and Repose" marks the Irish troubadour's first solo effort. Hansard has put out numerous albums with The Frames and is still gaining fans from the ongoing success of "Once," a film he scored and starred in with Markéta Irglová, his partner-in-crime for The Swell Season, which won him an Academy Award before being adapted into Tony Award-winning musical. Now on his own, he doesn't sound much different than before. As usual, Hansard's distinctive yelp drives much of the music, the usual melancholy defining the album. "Rhythm and Repose" hits highs and lows across its 14 tracks. At times it soars, with "You Will Become" and "This Gift" keeping Hansard's standard fare interesting, but the album never surprises. – 3.5 Stars - Alex Bieler

Twenty-Five for the Rest of Our Lives

At what age do you become old? According to the members of The Henry Clay People, it doesn't take long. Approaching 30 themselves, the band mates would much prefer to stick to their mid-20s, where the threat of cubicles and a severe lack of fun can still be thrown aside. The power chord-loving Californians jam all their energy into the barely 30-minute long "Twenty-Five for the Rest of Our Lives," pounding out riff after riff while singer Joey Siara rants against the quiet life. The album is nothing groundbreaking, with the usual rock sing-alongs and screeching guitars in full force, but it's still enjoyable nonetheless. Although there's nothing on "Twenty-Five for the Rest of Our Lives" that will stick with you for years to come, it's still a fun album by a group that refuses to let the inevitability of aging take their youth. – 4.5 Stars - Alex Bieler

A band mellowing out can be a problematic thing. Luckily, Hot Chip hasn't changed as much as grown up. Over the years, the members of the '80s-loving British indie-electronica band have shown off their sense of humor and fun in their lyrics and music videos (If massive recreations of battles with mythological monsters and boy bands being blasted by lasers don't appeal to you, perhaps this isn't the band for you). The group can still pump out a fun dance beat, as evidenced by lead single "Night and Day," but more serious subject matter pops up throughout "In Our Heads." Clear-eyed takes on love and devotion fill the album, all wrapped in Hot Chip's signature R&B and soft rock-tinged dance sound, fluctuating between low key tracks and up-tempo jams. Not everything on "In Our Heads" works, but there's enough fun to keep it interesting. –4 Stars - Alex Bieler

When Rhett Miller takes a break from his band, the Old 97's, to put out a solo record, his solo songs sound different from the tracks he contributes to the band. With his new solo album, "The Dreamer," Miller marries the alt-country feel of the Old 97's with the roots-rock, pop flavor of his previous solo work. Miller's lyrics and guitar work aren't ostentatious, but they don't need to be. Take for instance, "Swimming in Sunshine," featuring silky slide-guitar work in the background and Miller's catchy, pop lyrics "Swimming in sunshine, that's what we'll be" at the front before a thick, harmonious chorus opens wide, with Miller singing, "What do I know about love?" as the guitar meets his vocals richly in the middle before separating again. Miller finally brings the best of both of his worlds together and it's quite a pleasant dream to have. –4.5 Stars - Ben Speggen