Stories you may have missed from the Erie Reader Archive. This week: MIAC 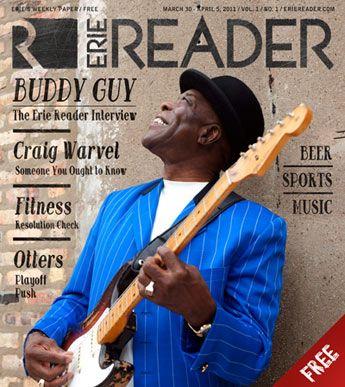 Erie Reader Managing Editor Ben Speggen doesn't write a lot of feature-length stories. It's not really his job; sure, he writes a lot of stuff, but the Reader's always had a talented group of writers, and Speggen's time and talent are best utilized coordinating, cajoling, and correcting those writers.

So when he pens a long piece, you know it's important. In the past, he's covered things like the launch of the Perry 200 Commemoration, local economic engine Erie Insurance, just to name a few, but in our current issue, the Mercyhurst Institute for Arts and Culture gets the Speggen treatment - and with good reason; MIAC has been intertwined with the history of this here newspaper - since the very first issue!

You see, if you hang around long enough, you're bound to hear two traditional refrains in this town - "There's nothing to do here," and "We never get world-class talent."

The Erie Reader was founded with the mission to dispel both of those ugly rumors, and we needed look no further than that campus up on the hill to disperse that hogwash. Thankfully, since early 2011, MIAC has consistently given us things to talk about - be it top-notch musicians, first-class dancers, or any number of outstanding performances by some darn talented folks.

Including new programming director and Erie Reader 40-under-40 alum Christine Olivier. Upon the departure of previous director Jamie Grady, Olivier assumed the role early this year, making this season her first full one.

And full it is - Speggen previews the 2014-2015 season at MIAC and gives you plenty of reasons to pay MIAC a visit, so if you haven't already, whip out your calendar and check out his story.