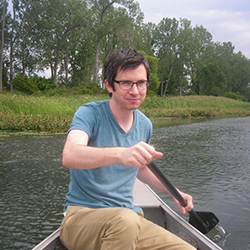 Parenting, poverty, and poetry collide in The Florida Project

by Dan Schank11/8/2017, 10:30 AM
How new legislation could jeopardize independent living

by Dan Schank4/12/2017, 2:45 PM
If you've been inspired by the Women's Marches you won't want to miss the Penn State Behrend Gender Conference.

Three Reasons TV Was Worth Watching in 2016

What Can We Learn From History About the 2016 Election?

Salam Neighbor Sets Up Shop at a Syrian Refugee Camp

The World is Ending! Head Into the Forest

by Dan Schank10/26/2016, 9:15 AM
If you're game for something thoughtful, freaky, and unexpected, this forest might be worthy of a visit.

by Dan Schank10/12/2016, 1:15 PM
On a Wednesday in mid-October, the Erie Art Museum will deepen your understanding of the web through a documentary double-feature.

by Dan Schank10/12/2016, 9:30 AM
Buki and CZB associate Peter Lombardi will discuss Erie Refocused at the Jefferson Educational Society.

Double-down on De Palma at the Erie Art Museum

by Dan Schank9/28/2016, 12:00 PM
If De Palma's trip down memory lane whets your appetite, come back to the museum for one of his most underrated movies a week later.
Prev
Next
Pageof 7

How Chronic Pain Plagues Its Victims