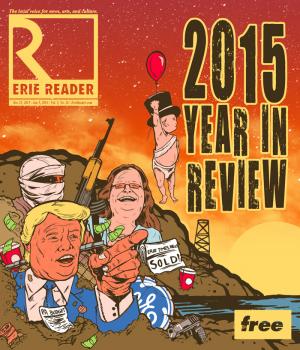 The High Highs and the Low Lows

Does Domestic Violence Spike During the Holidays?

by Brianna Lyle12/23/2015, 12:45 PM
Studies are inconclusive. But they do show that domestic violence in the U.S. is pervasive, destructive, and often ignored.

An Open Letter to Pennsylvania Legislators

The Top Three Albums from Erie Artists in 2015

by The Editors12/23/2015, 9:15 AM
New Year, New Media: Why the impending sale of the Times Publishing Company is nothing to celebrate.